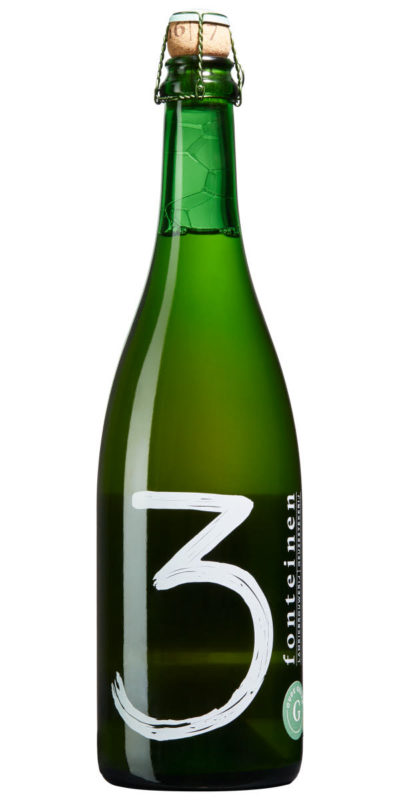 When it comes to the world of sour beer, there are a few producers that are head and shoulders above the rest. Belgium has been producing sour beer for centuries and is classed by many as being the true home of the style. One of the most famous sour beer makers in the world is 3 Fontanel, so when I saw one of their newly released beers on the shelves in Systembolaget I snatched up a few bottles straight away. A gueuze (or gueze depending on whom you ask), is a style of beer that blends newly made lambic with iambic that has been aged for 2 or 3 years. This give a nice range of complimentary flavors and a lot of depth to each bottle.

This poured with a dull amber hue, and a head that appeared and disappeared again in quite quick succession. Upon smelling, the glass throws up a heady concoction of cellar funk, acidic vinegar, oak and hay along with a blend of tart citrus. This followed directly into the taste, with the massive vinous acidity swirling over and almost overwhelming the taste buds. The wood, lemon, yeast and a hint of wheat finish off this complex cacophony of flavors. A thin lacing coated the glass upon sipping, and it was medium to well carbonated. The aftertaste was a mix of vinegar, white wine and yeast that lasted for a long time.

This is quite simply a monster of a sour beer and even though I liked it, I almost found it too much for my palate. I could never manage the whole 75cl bottle on my own but I sure a lot of people would disagree with me on that. If you like your sour beer to be big, bold and almost like a smack in the mouth then track it down as you won’t find much better in the world!