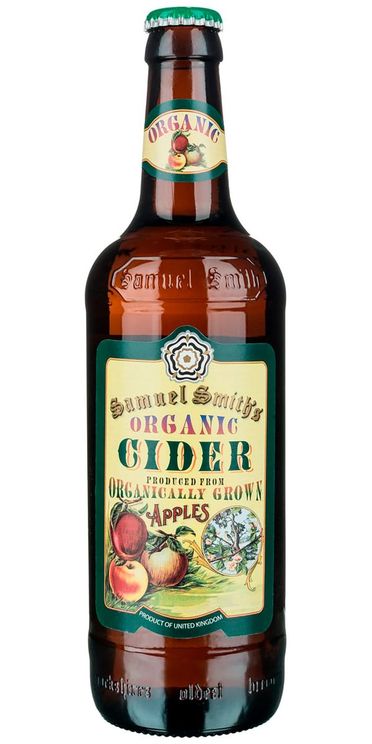 Samuel Smith Old Brewery is an independent brewery and pub owner based in Tadcaster, North Yorkshire and was founded in 1758. They are one of the few breweries who still deliver their products using dray horses and carts in the local area. The owner of the brewery, Humphrey Smith, is known for being quite eccentric. In 2020, he fired the managers and closed a pub indefinitely after they failed to serve his favourite dessert during a visit! I picked this cider because I wanted an English cider in the tasting, but I didn’t want one that the guests might have tried already, so this was the perfect candidate.

This was a shiny golden colour with medium carbonation and with a crisp clarity to it. The aroma was just what I expected, with crisp red apples bursting from the glass wrapped in a subtle hint of straw. There was also a grape hint to the aroma, which made it crisp and pleasant. The taste was round, with a large red apple sweetness continuing robustly into the taste. It wasn’t overpowering and settled nicely on the tongue. There was a tannin presence that lingered on the teeth, but it never became bitter or too much. The aftertaste was soft, with a slight fruit acidity present for a long time after swallowing.

This was a nice, easy to drink English medium dry cider. I would say it wasn’t particularly exciting, but there was no obvious fault with it either. This is the kind of cider that would be perfect for a picnic on a warm summers days, where it would be easy to have a few of these in a row without them becoming sickly. Recommended, but don’t expect it to blow your mind.