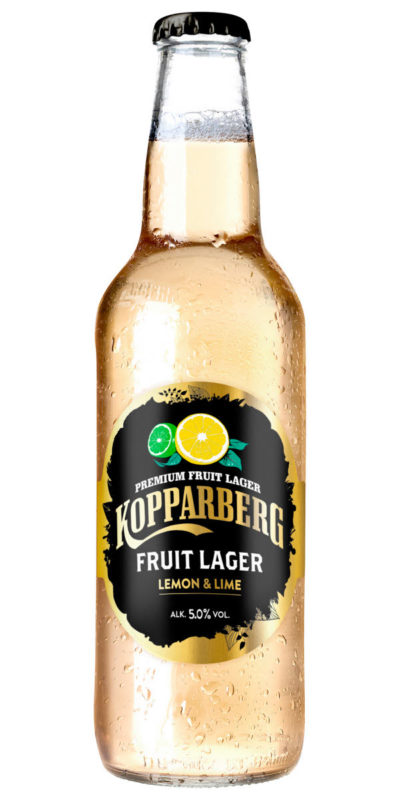 When it comes to cider, Kopparberg doesn’t exactly have the best reputation for exceptional products. Their sweet, candy sugar ciders are usually drinkable but no more than that. In England Kopparberg has sky rocketed in popularity over the last decade, now becoming one of the biggest selling brands in their category. I was rather intruiged by their lager, as I wondered just how good it could be. The beer also piqued by interest when I found out that it contains no hops what so ever, with the bitterness being derived from citrus juice instead. Could they have produced something strange yet wonderful? The answer was a resounding… could have been a lot worse!

The lager was very light golden in colour with a good carbonation presense yet little head of note. The aroma was predominantly sweet lemon backed by a small amount of biscuit. The fragrance was light yet quite aromatic and juicy. Upon sipping, the taste followed the aroma pretty accurately. The malt was there as hoped, but with a big hit of artificial lemon sugar surrounding it all. The body was sticky and coated the mouth with a thin, syrupy layer. The aftertaste was short and, yes you guessed it, sweet.

It’s not often you try a beer with no hops at all, so I found that especially intruging. This lager though was completely unbalanced, and was more akin to drinking cider than beer. I would say this is a beer for people who don’t like the taste of beer. Saying that though, I could drink this again but only one and I think it would have to be the right occasion for sure. If you prefer the sweeter things in life, this could be one for you.