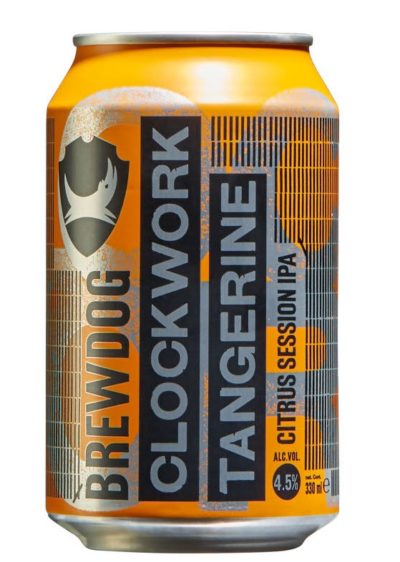 When deciding which session IPA to have in the tasting I have a decision to make: Do I play it safe and go for something that quite a lot of people had probably tried before or something untested and therefore more of a risk? Within this genre I find there are quite a few average beers so for once I went for the safer option. I seem to in one way or another try most of the Brewdog beers that reach these shores. They have a good reputation for producing solid beers and rarely produce duds. Clockwork Tangerine has become somewhat of a staple product here in Sweden and one that I have bought numerous times in the past. It seemed liked the perfect option so it became my pick straight away.

This was dark copper and amber with a big fluffy white head. The body seemed to be quite thin to medium but seemed true to the style. One whiff and there was no denying the tangerine. Big orange hits in the aroma take over the senses with both juice and orange oil noted. The citrus overpowered the other aromas heavily but a nice malt hint was there pushed to the side. Those big juicy orange notes went straight through into the taste coupled with a somewhat harsh orange peel bitterness but it never became unbalanced. Hay and hints of grapefruit were also noted after a few sips. The bitterness slowly evolves in the back of the throat whilst drying the mouth quite severely.

This was very easy to drink as a session beer should be. For only being 4.5%, Brewdog has really packed a full, fruity taste into this beer and for the price there isn’t much better IPA in this category. If you’re looking for widely available IPA in Sweden, then this is a great suggestion.