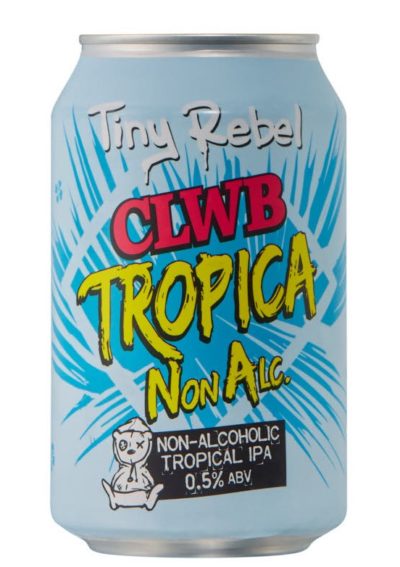 The IPA tasting was the 25th tasting I have held for the Umeå Beer Club and I feel like in all that time I have been lacking to show off alcohol free options. I decided I want to change that by including a bonus alcohol free IPA for the guests to arrive as a pre-drink. There were a few different choices but of course there isn’t a large range of options compared to the regular IPA. When deciding which to choose, I read that this was newly released and so I hoped that most people wouldn’t have tried it. I have also followed the progress of Tiny Rebel for quite some time as they have grown in status in Great Britain and I was glad to finally get my hands on one of their beers. I hope though that this isn’t a good representation of their beers however as this was far from impressive.

This alcohol free IPA had a slight haze to the straw colour. There seemed to be a rather low level of carbonation and there was a small amount of sediment curiously present. The aroma was found wanting with an old cardboard note escaping the glass. There was hardly any of the pineapple or mango described on the can. My first reaction was to wonder if the can was old but judging by the best before date it quite fresh. I then began to wonder if there was something wrong with the beer so to say it was a bad start was a slight understatement. The taste was better than the smell thankfully, with a quite full taste for an alcohol-free beer. This was bready, with lots of porridge character in the sense of an oat sweetness. There was once again a lack of tropical fruit which I was expecting to be bursting from this beer. The bitterness held well in the aftertaste to round off the drinking experience.

As you might have already realised I was disappointed with this. It was drinkable, but to be honest there are much better alcohol-free beers on the market today that are also cheaper than this. It may have been a bad batch so I would like to try this again but if there really was no defect then I find this hard to recommend.