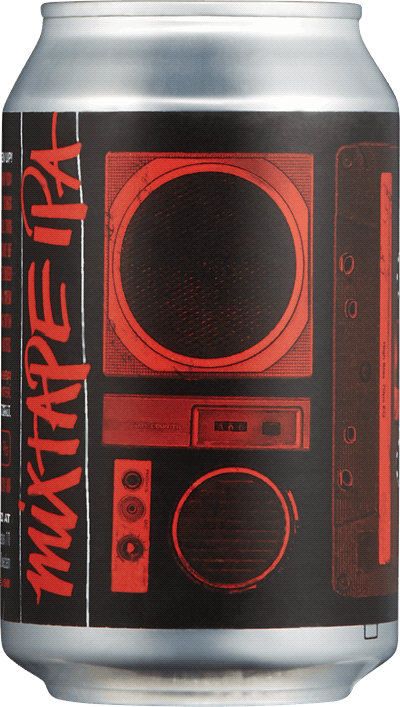 When I suggested to Beer Studio to guest star in the IPA and stout tasting, I knew I had to have this beer. This was first released in 2018 and is one of Beer Studio’s best-selling beers so far. This is an aromatic hazy IPA which, unlike most NEIPA’s, keeps the bitter addition to give it some bite. Mixtape also made it to the finals for the best IPA in Sweden in a recent contest by Pilsner.nu. This is made using Extra Pale Maris Otter, Carapils, Carahell and Pale Wheat malts, coupled with Citra, Azacca, Columbus and Simcoe hops.

This had a hazy lemon juice appearance that looked inviting when swirled. Tropical notes of mango, pineapple and lime leapt from the glass and were extremely pleasant. The taste wasn’t as prominent as expected, but still came through with notes of lemongrass, grapefruit and sap. With medium carbonation, this beer left the palate dry with a lingering yet not overly harsh bitterness.

An aromatic beer that treads the line between juicy and bitter evenly, and I think it’s lovely. This is currently my favourite beer that Beer Studio is producing, and it’s a regular sight to see a can or two of this in my fridge at home. If you get a chance, track it down.