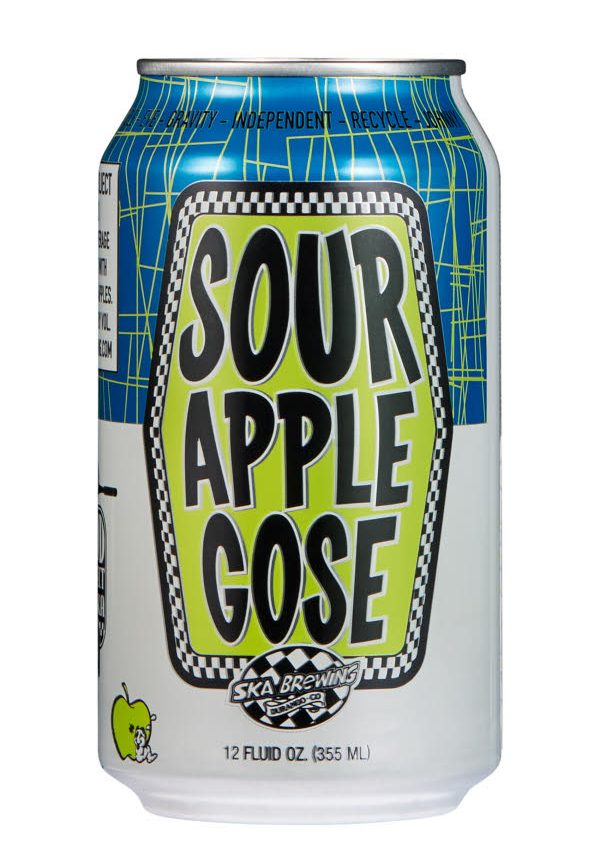 So what struck me first about this beer was the can. It was bold and stood out rather well on the shelf with the beer almost screaming its name at me. There was no question of what the beer was called! I do enjoy apple and sour beers so I thought this sounded right up my proverbial taste alley. Ska Brewing was a new brewery to me and so like always it’s fun to try something completely new. This is a seasonal beer that is available usually in late autumn but I guess it took a bit of time to make its way to these northern European shores.

It was very light in appearance, with it being rather pale yellow and with a head that disappeared rather rapidly. The body with quite thin and didn’t coat the glass heavily. There was a rather interesting aroma of lemon acidity, cereal and a tart green apple freshness. The apple wasn’t quite as strong as I hoped it to be though. Upon sipping I found it to mirror the aroma rather well. The zesty lemon peel came through along with the green apple, salt and a general white wine acidity. It wasn’t drying as it left the mouth watering due to the sourness. The aftertaste wasn’t hanging around for long but it did leave a freshness which was rather pleasant.

I found it to be a rather well made gose. It had the right balance between sour and refreshment that I found has been missed in other gose I have tried before. I hoped for more of the apple character to come through though so that was a bit disappointing. On the whole though it was an interesting beer and I’m looking forward to seeing what else comes out of this Colorado brewery.