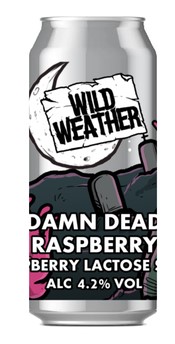 I had never heard of this beer or this brewery until finding them in a release list in Systembolaget in about October 2019. I bought in four different types of lactose sour from these guys: strawberry, gooseberry, raspberry and cucumber. The cucumber I am holding for a future tasting, but I decided to put the raspberry into this tasting as I thought it could be a good fit the other flavours on the night. So a beer I had never tried before from a brewery I had never seen before. This was the epitome of a gamble, and I’m not too I made my money back on this one.

How do I say this politely? This beer was… boring. It was light pink in colour, with a body that was a lot thinner than expected. I thought the lactose would plump up the body but no, it was rather watery. The aroma was light raspberry that was inoffensive but not much to write home about. To say this was a mild sour would be an understatement. Yes, there was an easy hit of red summer berries in the taste, but that’s about it. The aftertaste was non existent. This beer was so boring I’m almost boring myself jut writing about it.

I doubt you will find this beer anywhere, and you’re not missing anything by that. I have tried the cucumber sour and that was a lot more interesting, so I’m happy to say I have something to look forward to. As for this beer though, there are just too many good sours out there for this to be worthy of your time.