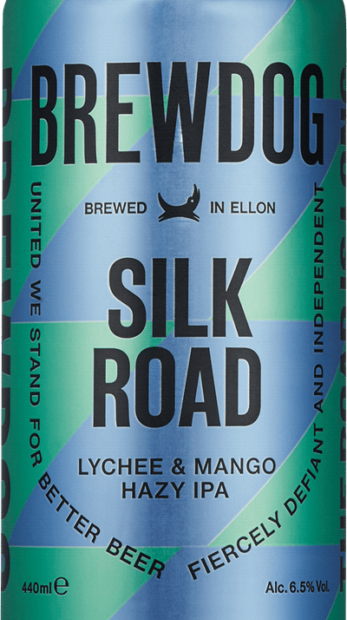 Founded in 2007 by James Watt and Martin Dickie, BrewDog claim to be the “#1 Craft Brewer in Europe”, with a currently yearly production of 800,000 hectolitres. The company has faced a lot of accusations over poor working conditions in the past few years, a problem they are trying to rectify. This IPA is brewed with Carapils, oats, torrified wheat, Pale Ale and Caramal malts, Ahtanum and Simcoe hops and also contains natural mango and lychee flavourings. I had a major problem finding the beers from this tasting: there aren’t actually that many English beers that are coming to the Swedish market. As the selection of English beers was quite small, I decided to cheat a bit and have this Scottish beer are well, and I’m very happy that I did as this was excellent.

This had a cloudy golden colour with a long-lasting white head. This beer must have separated substantially in the can, as there was a massive difference between the thin beer that was poured first and the thick, almost gloopy beer that was found at the bottom of the can. When blended and counted as a whole though, the aroma was delicious, with massive mango notes emanating the glass. Upon sipping, a medium to thick body was noted along with medium carbonation. Mango and pineapple were tones at the forefront, with pleasant lychee hits coming through nicely on the back of the tongue. As the taste faded, passion fruit and subtle pine tones came through to leave the palate slightly sticky but refreshed. The aftertaste was easy, leaving a lovely fruity bitterness in the mouth.

I must congratulate BrewDog as this is one of the first beers with lychee pure that I’ve tried where the lychee flavours come through strongly and aren’t an afterthought. Big fruity hits coupled with a great body made this easy to drink and simply delicious. This is a top tier fruity IPA for me and one I hope to try again soon.