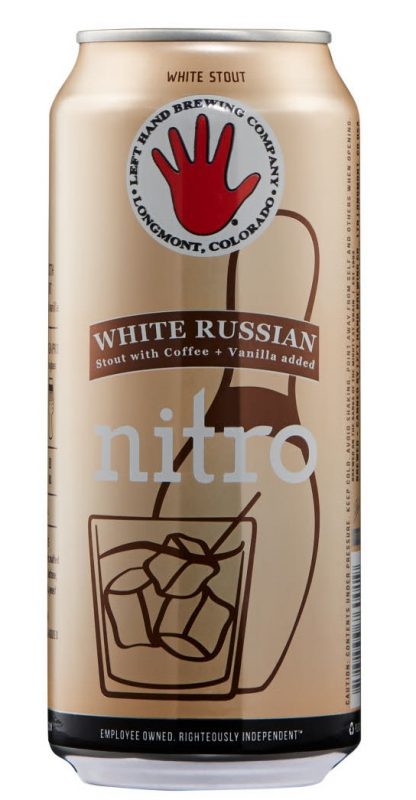 When I decided to do a tasting devoted to IPA and stout, I knew I had to go for as varied selection of styles as possible. I thought about trying to find a white stout, but they are so rare and the only one I had ever found I already had in a tasting back in 2018. So imagine my surprise when, just a few weeks before the tasting, this was released. I have tried quite a few beers from Left Hand Brewing and enjoyed every one of them so I was more than happy buying this in. I can’t lie though, this was… strange.

It was deep golden in colour with a big thick creamy head that formed and held for an exceedingly long time. I presume this was due to the nitrogen present in the can. It was full bodied as it slowly swirled the glass, sticking to the sides as it moved. The first whiff of the beer though was not good. In fact it was pretty rank. It smelt like corn, rotten vegetables and old coffee. It was so disgusting, I actually thought the can was bad and contemplated pouring it down the sink. I did persevere though and the taste was, strangely enough, really nice. There were big hits of vanilla and cream that coated the palate. It was like swallowing a spoonful of melted Ben and Jerrys ice cream, with heavy sweet cream dominating over everything. It was thick and all-encompassing. The aftertaste was short, with some praline and faint coffee notes present.

This was a really weird beer. The aroma was disgusting, but it tasted lovely. I just don’t understand how a beer can have such a rank smell but taste fine. I understand the name though as it really is similar to a white russian in terms of body and taste. A beer to file under the “WTF was that?” category.