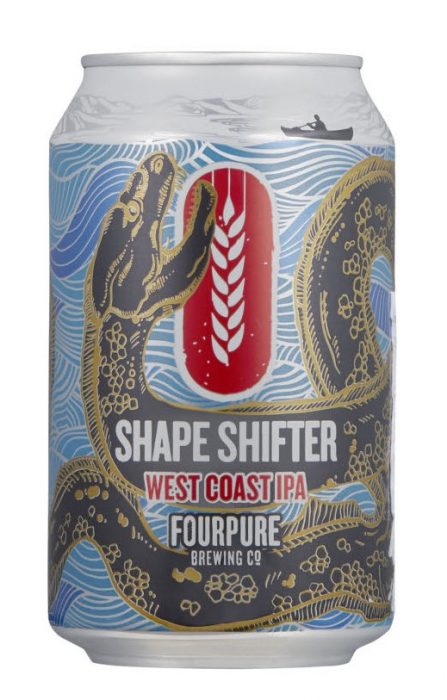 IPA is such a force of nature in the craft brewing world. With a multitude of different subgenres, there is such a massive range out there to pick from. Personally, I have always been more towards the juicy end of the spectrum, with nice big tropical fruit hits flooding the palate. West Coast IPAs are usually the opposite, with big pine bitterness dominating the flavour. I’m always up for giving any beer a try, but I find that WCIPA aren’t my preferred beers of choice. They are quite a large sub genre though so I wanted to include one into the tasting. We had this beer on draft a while ago in the restaurant I work in so I was familiar with it, and I thought it would fit the bill perfectly.

This was slightly cloudy deep gold in colour with a just off white head that disappeared quick. There was a low to medium carbonation that bubbled up the side of the glass. The aroma was exactly what I think about when I envision a West Coast IPA. Big grapefruit peel hits were first noticed along with a lovely backbone of pine. In the first sip is where the hops took over and drove this beer forward. The taste was a big, chunky bitterness as it rapidly covered the whole tongue. Resinous pine came through along with some mango and herbs. The aftertaste was long but not excessively bitter. The bitterness changed character to lay evenly on the palate and left the mouth dry yet satisfied.

This might not be a can I would reach for instinctively if I was buying beer but for the price, this is a pretty damn good IPA. Loads of flavour, strong aroma and just well made overall makes this an IPA not to be overlooked, especially at a shockingly cheap 19kr. I have tried many IPA that are three times this price and not nearly as good.  A gem to be found indeed!