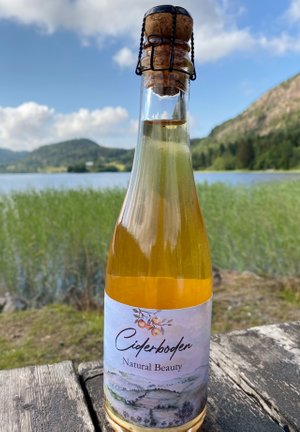 Like microbrewing over a decade ago, artisanal cider production seems to be on the rise across the world. In Umeå alone, there are a number of producers making some amazing ciders. For this tasting, I was lucky enough to have one of the owners of a local cidery bring his products to talk about. Ciderboden is based in Holmsund and began in 2019, but the production of cider began much earlier. Owned by two families with a keen interest in cider, Ciderboden has won multiple prizes in the cider World Cup. Taking up to 20 months to produce, this cider is made using Transparente Blanche, Silva and Paradise apple varieties.

Pouring with a clean golden colour, this cider had a medium body and medium to low carbonation. The aroma was fresh, with big hits of green apple backed by minor notes of moss, citrus and hay. The taste was clean and crisp, with a sweet red apple note filling the palate, but with a green apple skin backbone to contrast against. The finish was dry and refreshing and left you wanting another sip.

I thought this was lovely, it must be said. Big, juicy apple gives way to subtle tannins and a hint of acidic citrus to round off the flavour. I had heard great things about Ciderboden, but this was even better than I expected. I look forward to seeing this around a lot more in the coming years!