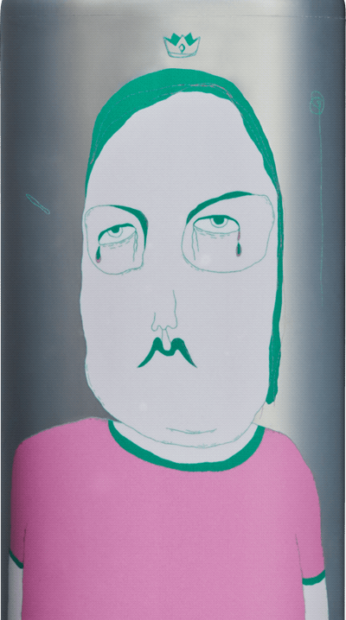 I love imperial stouts, and some of my favourite beers of all time have been from that genre. I also love mint chocolate chip ice cream, and I’m always on the lookout for it in the summer. So when I found out the Skellefteå Brygeriw was releasing a mint and almond imperial stout, I jumped at the chance to grab some and put them into a tasting. Opening in 2011, Skellefteå Bryggeri brews its beer at the same location as the old Skellefteå Ångbryggeri. Produced using mandelpolka and peppermint aroma, this is another collaboration with local artist Church Tiger. Was the beer any good though? I would say it’s definitely a love / hate beer for most people.

This was dep coffee brown to pitch black with a coffee coloured head that held fairly well. The carbonation looked fairly low, but the body was thick and sticky. The mint was overpowering in the aroma, with a massive candy cane peppermint hit bursting from the glass. There were also massive aromas of cherry and almonds blended in with the mint. Synthetic almond is first noticed as the beer hits the tongue, coupled with mint chocolate and a silky mouthfeel. The natural flavours of the imperial stout are almost drowned out by the heavy extracts that have been used in the production. The alcohol was clearly noticed by the warmth in the chest building after every sip. The mint pulled through in the aftertaste, and it is almost like chocolate mint mouthwash.

So this was a hard beer to drink, it must be said. Powerful and demanding, it is hard to drink this quickly. In fact, when I had a can to myself it took my almost 3 hours to finish it! I liked it, but maybe it would have been better in a 33cl can rather than a 44cl. This is a great beer for anyone who loves almonds and robust mint, but I could see the average beer user being put off by then rather quickly.