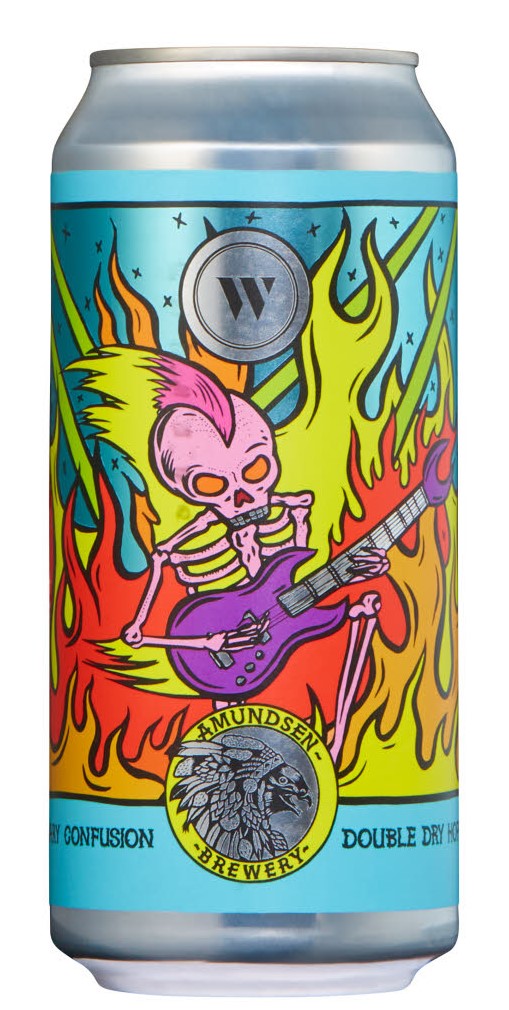 Over the last few years, Amundsen has really grown i reputation in Sweden. When I talk to other craft beer fans and Amundsen gets mentioned, it is almost universal praise the for Norwegian brewers. It feels like their stock has reason with a steady release of extremely well made beers across multiple genres. When I found they were releasing this double dry hop IPA in collaboration with Wylam Brewery from Newcastle, England I was excited. I thought that this would be excellent. Maybe that assumption was the beers downfall however, as I wasn’t particularly keen on this.

It was a creamy pineapple juice colour with a thick body and head that held amazingly well. The aroma was fresh passionfruit and mango, along with some nice grass and pine notes. The taste wasn’t nearly as pleasant though, with harsh pine really pushing through hard on the palate, coupled with a funky bitterness taking over towards the end. Harsh citrus peel and hop oil were also noted yet the aftertaste was smooth and pleasantly warming. The body and aroma of this beer were lovely, yet it just seemed too much for me

This just wasn’t for me at all. Too much harsh pine seemed to unsettle the other flavours and put an edge on an otherwise lovely beer. This is one of the few times I ever said this, but I would not buy this Amundsen again. I’m sure some out there would revel in this, but for me this was a swing and a miss. Lovely designed can art yet it was a shame what was in the can. I think I will go back to Apocalyptic Thunder Juice!