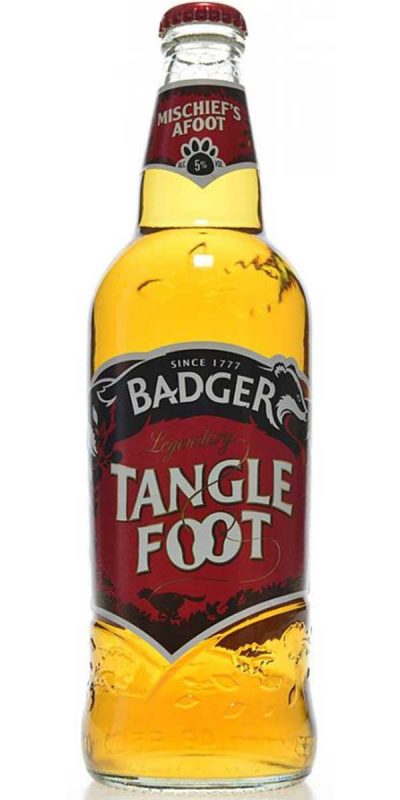 I find that my tastes change, like a lot of people, according to the seasons. When its cooler outside, the leaves start to drop and the snow sets in I usually go for something a bit darker and heavier. Winter warmers if you will. In the summer my tastes change to lighter brews such as lager and ciders. That is not to say though there is not a plethora of lovely ales to be enjoyed in the summer months. I wanted to find an ale that I thought would be a perfect beer to sit in a beer garden and enjoy and my attention turned to Hall and Woodhouse. Hall and Woodhouse is a company that can date its heritage back to 1777 when Charles Hall opened his first brewery. The fact that they are still family owned after all this time is rather admirable after the rise of the massive beer companies in the past 30 years that have sucked up so many smaller independent breweries in their path. They have gone from strength to strength and now own over 250 pubs in southern England. Whilst they brew a rather large number of Badger beers, I went for the Tanglefoot in the summer beer tasting as I thought it would be light and refreshing on the palate yet still holding that ale body. I also liked the fact that the beer was named after an incident when the head brewer got tangled up in his dogs leash as he was showcasing his new creation!

The ale was a very crisp, clean light copper colour that looked very inviting. The head didn’t hold very well but some lacing held around the edge of the glass. The body was quite light to medium. The aroma was light and fresh. I picked up hints of  pear, honey, toffee and crisp apple. A large hit of honey-dew melon come through nicely in the tasting. Honey, light pear and crisp malts were also present. It had a nice bitterness but stayed just long enough to balance and support the other tastes. it was thirst quenching, natural, crisp and clean. A slight metallic hint creeps in at the very end of the aftertaste but wasn’t unpleasant.

This was a great summer ale in my humble opinion. It was easy to drink but still have a nice range of flavours to investigate. If you’re not a fan of lager this is a great example of the type of ale you should be looking for on a nice hot day. I could easily sit and drink a number of these in a session. I could see it going nicely with some sticky toffee pudding, with the lightness balancing out some of the heavy sweetness of the dessert. I’m looking forward to trying more from this range soon.