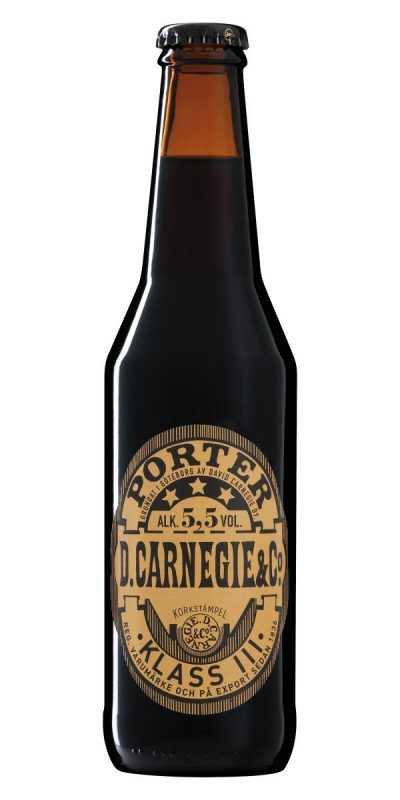 So I tried to find the cheapest IPA and stout I could find on the shelf to see if they were good value for money. The cheapest IPA on the shelves was the Innis & Gunn, which was quite frankly rubbish. Carnegie porter has been brewed since 1836 and is a major throwback to porter of the past. The fact that it is still being produced today shows how popular it is, and it was indeed surprising to find that it was the cheapest dark beer I could find on the market today. I had high hopes for it and I’m glad to say it held up a lot better than the Innis & Gunn IPA.

This was ruby-red with a medium body and creamy yet thin head. There was light coffee evident on the first sniff but the emphasis is on the milk chocolate aromas along with raisins and dates. The taste was also light, with it going close to be being slightly watery. The initial cocoa powder hit to the tongue upon the first sip turned to a light roasted bitterness on the palate. Fruitcake, a small amount of spice and caramel were also noted. It felt quite powdery on the tongue, with a slight dry edge present. The aftertaste was again an easy cocoa powder mixed with some dried fruit.

This was very nicely balanced, as you would hope to expect after being brewed for more than 180 years. It was also rather good for being the cheapest porter in Systembolaget and at just 18kr is  real bargain. As long as you keep an open mind and arent expecting some Omnipollo style imperial stout, this should be quite satisfying. It is more of a summer stout than a deep and heavy winter warming stout so this is perfect for dark beer lovers to try in the summer months. Try it for yourselves, and I think you will be shocked at just how good it is for the money.