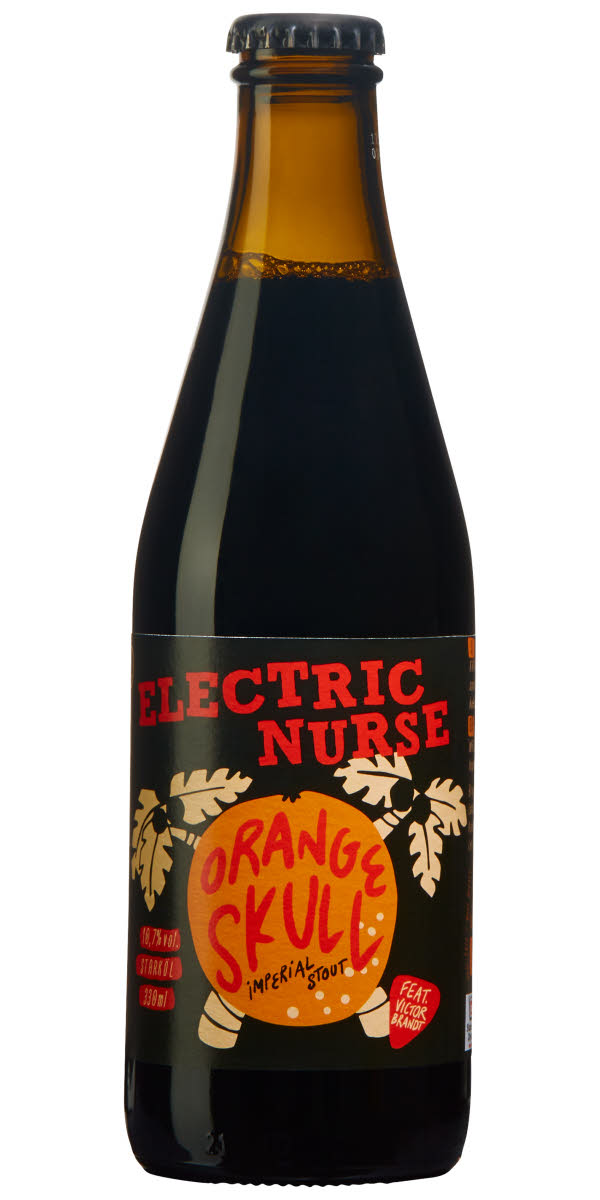 If there is one genre of beer that I absolutely love, it is imperial stout. When you get a great imperial stout, it an unleash those feelings of joy you get like when your football team wins, or when you watch an amazing movie for the first time. When it works together, it is like poetry. When it doesn’t though, it is like standing in the kebab house at 3am while a drunk person shouts incoherently next to you. Unfortunately for me, this stout fell into the latter category.

This was deep, deep brown to black with a light mocha coloured head. There was a very thick, oily body that slowly slid down the slides of the glass after being swirled. The aroma was rather light and so quite not what I expected. There were hints of smoke and bacon in the aroma, yet none of the coconut or orange I was expecting from the label. I really thought there would be a stronger aroma after seeing how thick the body was and how powerful it looked. Upon sipping, this beer was bitter. In fact it was a lot more bitter than I thought it would be. The oil from the orange peel was at the forefront, with none of the juicy orange sweetness I was expecting. No coconut was noted, instead there was some sort of old bacon smoke instead coupled with bitter chocolate and soy. It felt completely unbalanced. The after taste became worse the longer I left it between sips.

This was quite unpleasant and not to my taste at all. Maybe I just had an image of the beer in my mind of this juicy orange and coconut stout, with a nice sweet edge. It turned out to be this bitter orange peel oil mess that I jut didn’t enjoy. I don’t often do this, but I actually poured away half of mine as I just didn’t fancy drinking this. I’m ure some people would love this, but it wasn’t for me. Disappointing.