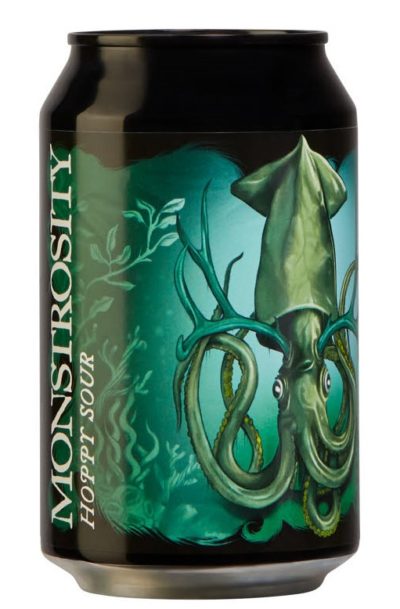 Over the years of the Umeå Beer Club I‘ve had a number of Tempel Bryggeri beers. The “Perdition sour raspberry stout” and “Gehenna dry hopped sour ale” both went down well with my guests. As their focus is predominantly on sour beers, it seemed like the perfect time to have another of their products in a tasting. After narrowing it down to a few choices, I decided upon Monstrosity. It is quite rare to find a sour session IPA and I thought it would be the most interesting for the guests to try.

This had a hazy straw hue with a big bubble bath head that held surprisingly well for a sour beer. There seemed to be a higher than average amount of carbonation rolling up the inside of the glass too. The aroma was an intriguing mix of acidic lemon, yeast, straw and a hint of herbs that most probably originated from the hops. The taste was as tart as expected, with the hits of grass, lemon all combining nicely. More subtle hints of grapefruit rind and pine were also there. Medium to light in body, the extra fizz really helped it to liven up the palate. The aftertaste was quite short but left a nice, refreshing zing on the tongue that readied it for another sip.

This was a well-made and easy to drink sour. Even though this was an IPA, it was definitely more in the sour beer category first and foremost. It won‘t set the world of beers alight but if you‘re looking for a good contribution to the style then give it a shot.