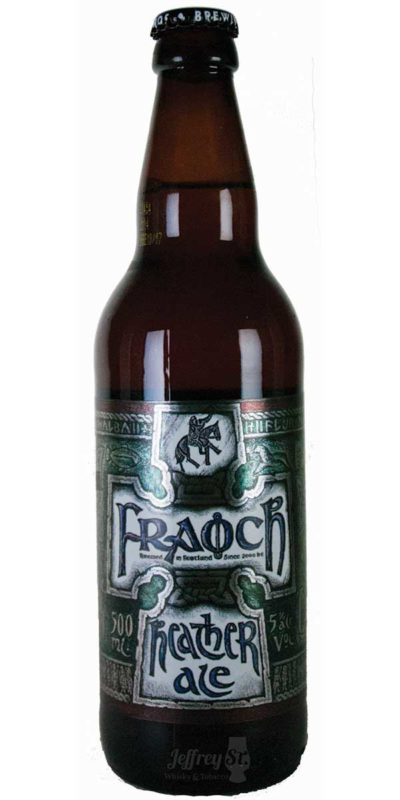 Heather is a world-famous icon of Scotland, bringing beauty to the large heathlands and moors that dominate the landscape. Williams Brothers have been producing this beer since 1988, and is unique style in the beer world. Bogmyrtle and ginger are also added to the brew to give a distinct floral notes to the beer. It would be hard to find a more Scottish beer than a beer brewed in Scotland with heather, and so it seemed like the perfect fit for this tasting.

Appearance wise the beer was quite uninspiring. It was crisp golden in colour, with quite a thin body. The head was also rather thin, with a foam that didn’t hold that well. A low-level of fizz was noticed in the glass, which was to be expected with this style of beer. The aroma was very light straw, moss, honey and damp herbs such as basil. It smelt fresh, clean and enticing. Upon tasting, it was rather sweet. Honey, ginger and floral notes all swirled on the tongue, leaving a damp floral like soap finish. It was slightly drying in the mouth but still easy to drink and thirst quenching.

This was a very interesting beer as it had some quite different properties to a lot of the ales in the tasting. The floral notes really worked well with the sweet malt to produce and light and tasty ale. I understand that maybe it isn’t one you would like to drink a lot of but as a one-off in a night it’s quite drinkable. If you find it you could do a lot worse than to give it a go.