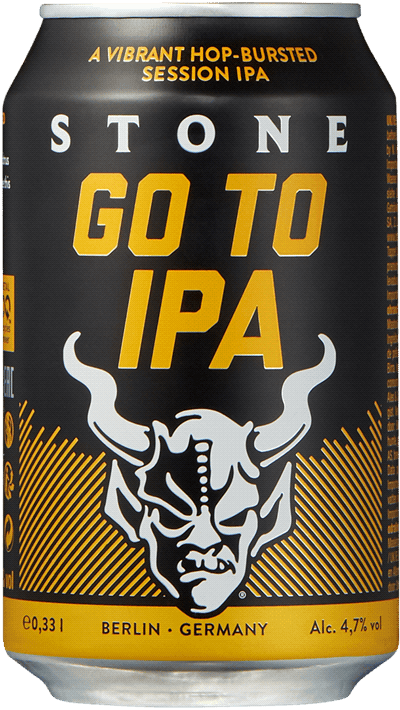 Stone Brewing was founded by Greg Koch and Steve Wagner in 1996 in San Marcos, California, and is rated as a “world-class brewery” by the two largest beer enthusiast websites, RateBeer and BeerAdvocate. It has also been voted by the readers of Beer Advocate as the #1 “All Time Top Brewery on Planet Earth”. Stone Brewing sold their Berlin factory to Brewdog in 2019, but continue to brew some of their beer on the premises, such as this one. They were  also one of the biggest craft beer breweries in the USA until selling to Sapporo in August 2022. This has a crazy list of hops in it, with Magnum, Amarillo, Chinook, Crystal, Cascade, Mosaic, Ahtanum, Citra, Sterling and Hallertauer Mittelfrüh all contributing to the mix. With a world-class pedigree, I knew that this would be a great IPA to start the tasting, and I was indeed correct!

This had a hazy golden colour with a fluffy white head that held for a fair amount of time. The aroma was light yet pleasant, with papaya, lemon, moss and pine tones all noted. The aroma didn’t stand out that much, but what it did, it did well. For a session IPA, it really had an impressively big taste though. Big hits of funk, pine, pineapple and melon all came through well on the tongue. Medium to high carbonation gave the beer an extra edge and livened the senses. The bitterness began to build in the aftertaste, leaving the palate rather dry yet refreshed. It unfortunately built a little too much and became a bit too harsh in the end.

A nice session IPA that was well priced and full of character that was bought down a notch by being a bit too much on the hop end in the aftertaste. I still enjoyed this though and could easily buy this again.