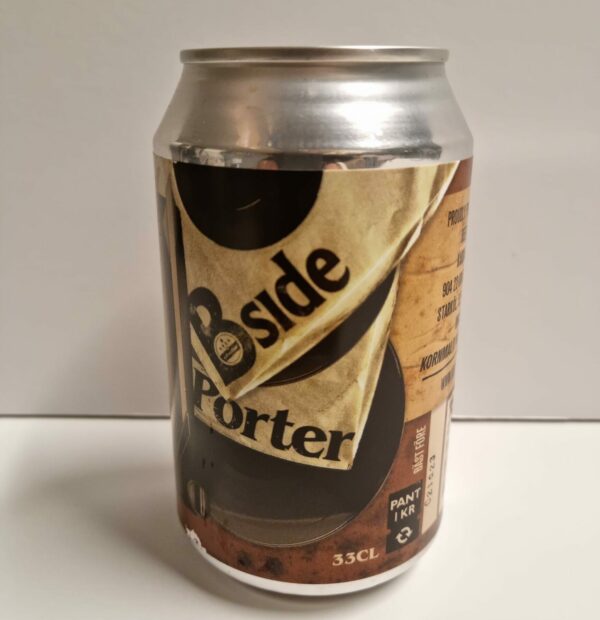 This is Beer Studio’s most recent product and is to be released shortly. It is also their first beer to have a national launch at Systembolaget in early 2023. It won its place in the national launch through a blind taste test. Furthermore, it is always nice to get hold of beers before they are officially released so I was really happy to have this in the tasting. It’s brewed using Pilsner, Munich II, Caramunich II and Carafa Special Imalts along with roasted barley. East Kent Golding were then used to finish the beer.

This was dark ruby in colour with a thin head that didn’t hold particularly well. There were hints of dry cocoa powder, wood and a hint of spices tucked into the background. The dry chocolate notes continue into the taste, coupled with an earthy bitterness from the English hops that turned into a slightly warming, burnt brown sugar in the aftertaste. Nutmeg and burnt malts finish off the taste profile.

This was surprisingly light, but I think this would be a great beer to pair with food, such as a steak or meat stew, as the dark roasted malts would accentuate the meat well. This is another winner in the Beer Studio portfolio.