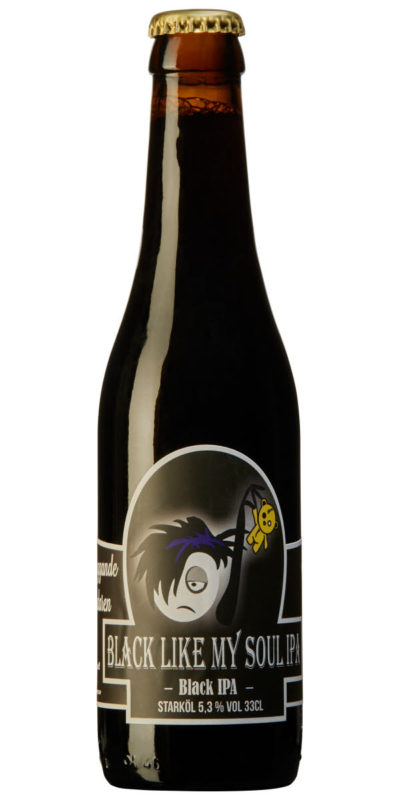 There is a lot to be said for a name. I can’t remember how many times I have bought a beer just because it had a cool sounding name. When I was researching beers for the tasting, I knew I wanted a black IPA. As I scrolled through the list of options, this was the beer that leapt off the screen at mo. Who could resist a name and label like that, especially at Halloween time?! I snapped up a few bottles straight away. I knew of this brewery before as I had met them at beer festival last year and had been meaning to get in a beer from them so it worked out perfectly!

This beer was deep chestnut brown with a massive foam head that held extremely well. The aroma was pleasant, with a lovely mixture of notes including grapefruit, dates, syrup, raisins and a hint of sour pineapple. The fruit was instantly recognisable upon tasting, with the grapefruit peel and sour pineapple coming through. A darker, roasted edge was also there along with pine and a big resin hit that worked through into the aftertaste. The carbonation was spot on and had an enjoyable mouthfeel. If I had to be picky I feel like a bit thicker body would have a helped the beer but it was only a minor note.

This was a nice black IPA that was easy to drink and ticked all the right boxes. I thought the combination of fruit came through strongly and was pleasant to sip time and time again. I definitely will be keeping an eye out for more of their beers for future tastings!