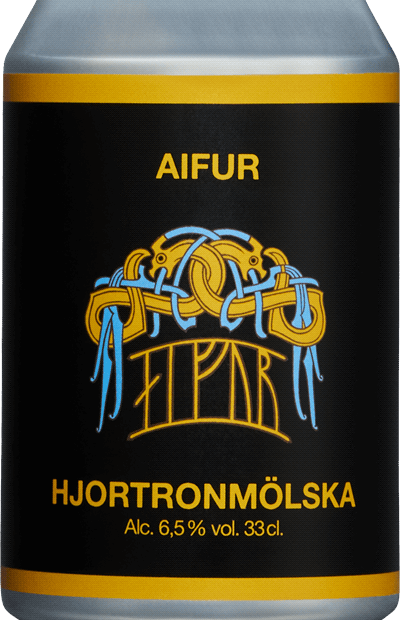 Based in Stockholm, this brewery was founded in 2011 by Pelle Ågren and Andreas Willman. After receiving many awards at the Stockholm Beer and Whiskey festival in 2017, success continued, and they opened their brew pub in the same year. This beer is produced using elderflower, cloudberry and honey. Mölska is a type of honey beer, originating in Viking times. It differs from mead (mjöd) in that mead is more like honey wine than beer. As this style is quite uncommon in the Swedish beer market, I thought this tasting would be the perfect place to try a mölska for the first time.

This had a golden colour with a hint of cloud. The head held surprisingly well, with a thin layer holding around the rim. The cloudberry aroma came through strongly, with the fresh tartness combining nicely with the moss and swamp notes that are linked to this berry. Some remarked that it smelt like Norrland in a can! A rather noticeable vegetable taste unfortunately came through upon sipping, but the honey notes pushed through into the aftertaste to at least give some balance. The carbonation dried the mouth but set you up for another sip, with a sweet coating of the mouth.

If I’m honest, I wasn’t convinced by this beer. I found the vegetable note quite pronounced, and it was hard to get past. Boggy and dank, this beer was almost like licking a cloudberry bush. I enjoyed the honey character of this beer, but there are better mead and braggots available today for around the same price, so I would give this one a pass in the future.